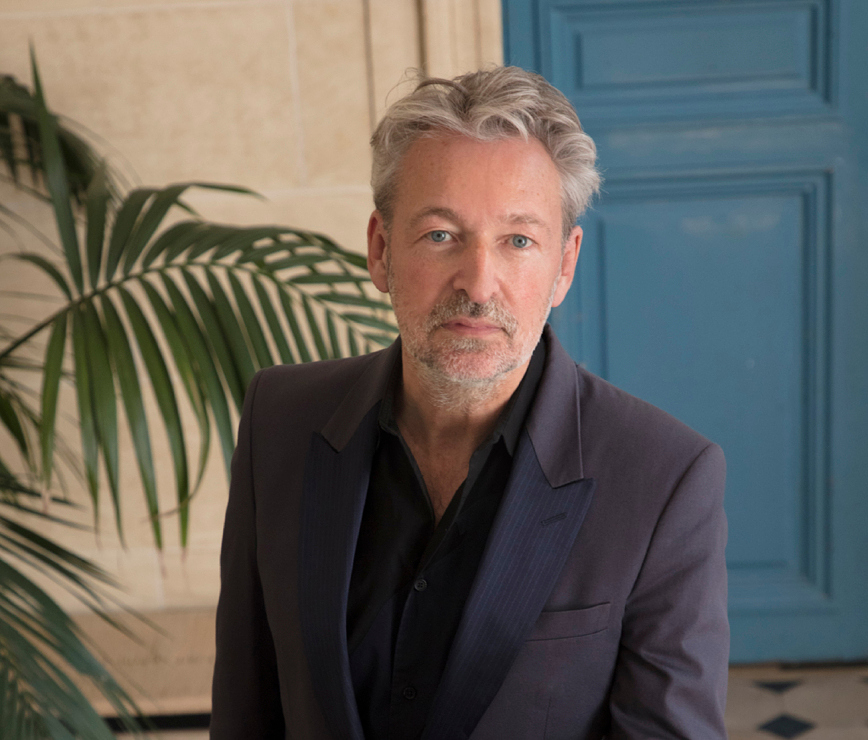 Dear All,
This event cannot be held live on the Fondation Thalie’s website this Thursday, December 10 and will be rescheduled to a later date over the first quarter of 2021. We will keep you informed of the new date very soon.
Thank you for your understanding.
The team of the Foundation

_
The Foundation invites writers to talk about their relationships with literature and suggest their “ideal bibliography” picking up five books, which then feed the Foundation’s library to make it a shared library, both timeless yet reflective of the current times.

Eric Reinhardt published in August 2020 Comédies françaises by Editions Gallimard, selected by Obs and France Culture among the ten best novels of the literary season, competing for the “Prix Médicis” and laureate of the “Prix littéraire des Inrockuptibles”. Protean and prolific novel about the investigations of a young reporter endlessly seeking for decisive encounters and life moments. A cadenced investigation into the birth of the French Internet throughout pioneering research abruptly interrupted in 1974 by the French government, that reveals the portrait of an outdated and conservative France and the power of lobbies.

This talk will be moderated by Nathalie Guiot.
Duration: 1h
Language: French

This talk is moderated by Nathalie Guiot and live broadcast on the event’s page of our site. Should you wish to interact with the guest at the end of the talk, we kindly invite you to register online to this webinar.
This event will be available as a podcast 24h after its diffusion.

_
ERIC REINHARDT born in 1965, lives and works in Paris. Writer regularly honored for his publications, including by the Globe de Cristal d’Honneur in 2012 for his body of work. He wrote eight novels, including L’amour et les forêts (Gallimard, 2014), laureate of “Prix Renaudot des lycéens” and “Prix Roman des étudiants France Culture-Télérama” and La Chambre des époux (Gallimard, 2017). Throughout his books, he gets a concerned eye on our society, social classes and their customs, with a sarcastic and poetic writing. Comédies françaises, unanimously celebrated by the literary critics, is consecrated as “the most ambitious French novel of this literary season”.