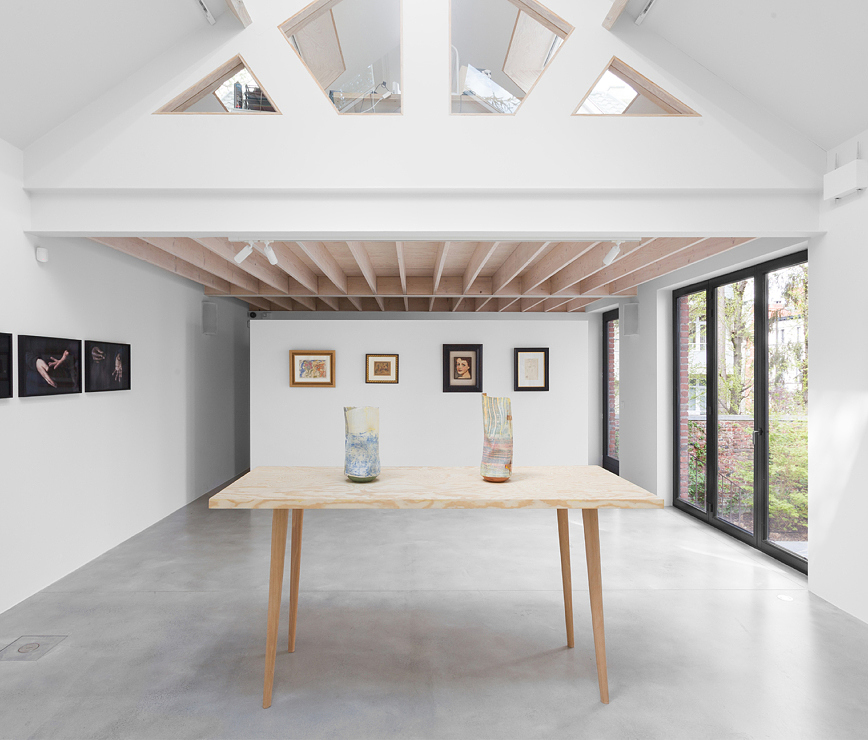 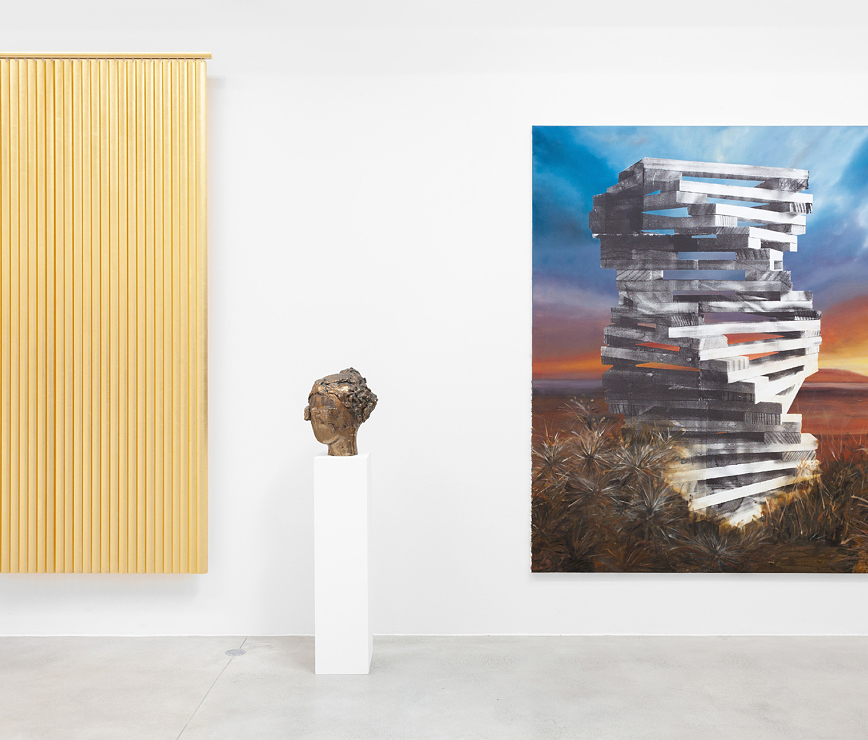 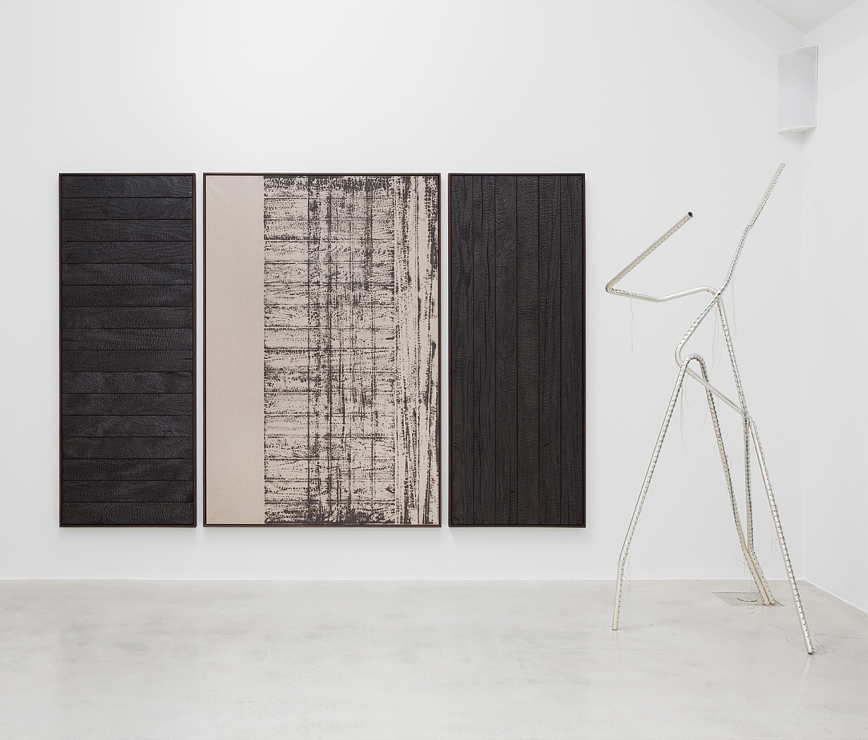 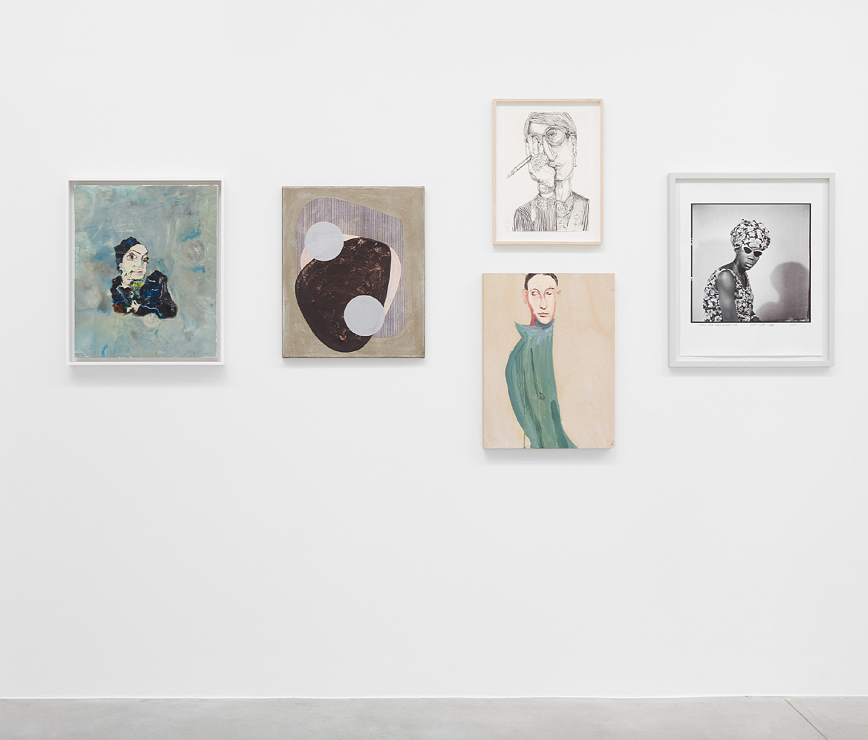 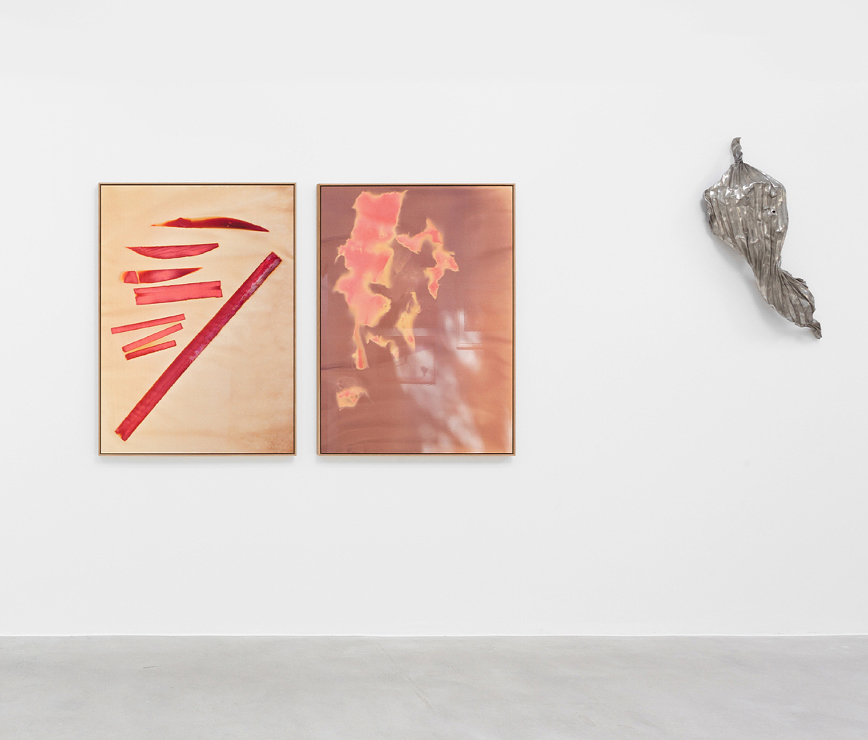 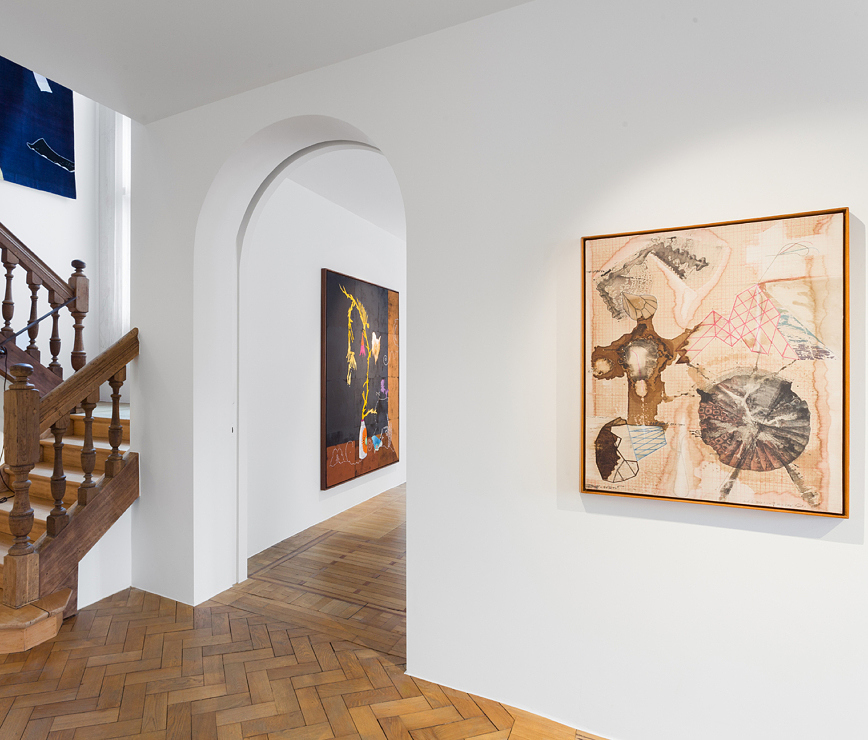 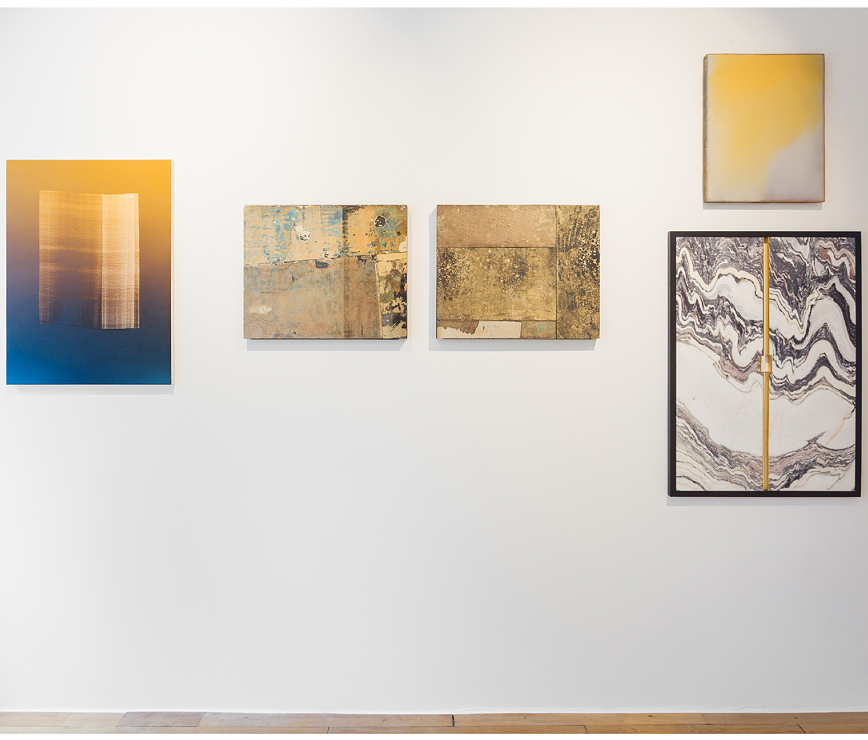 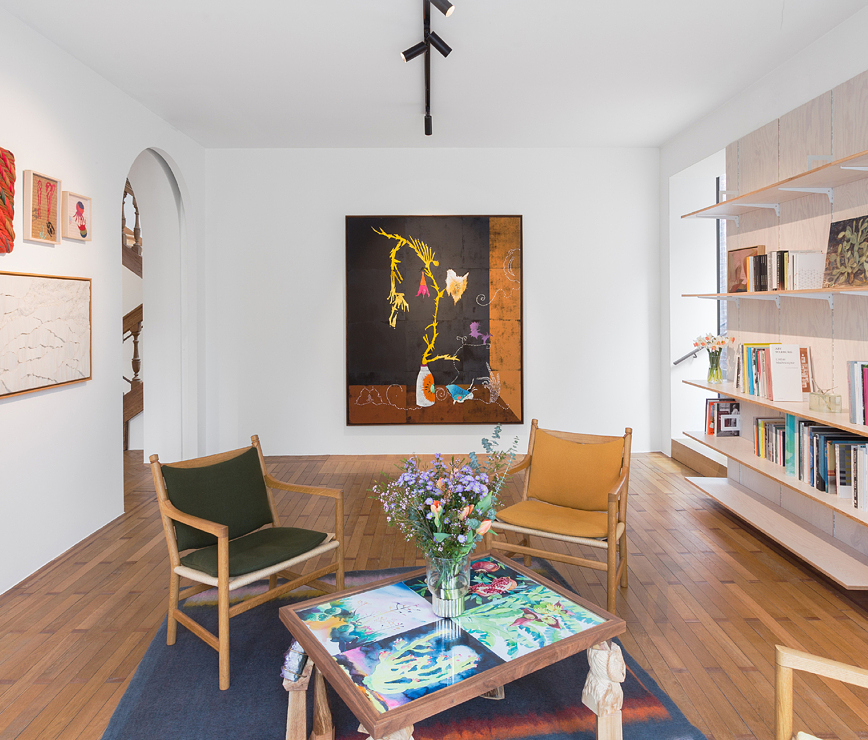 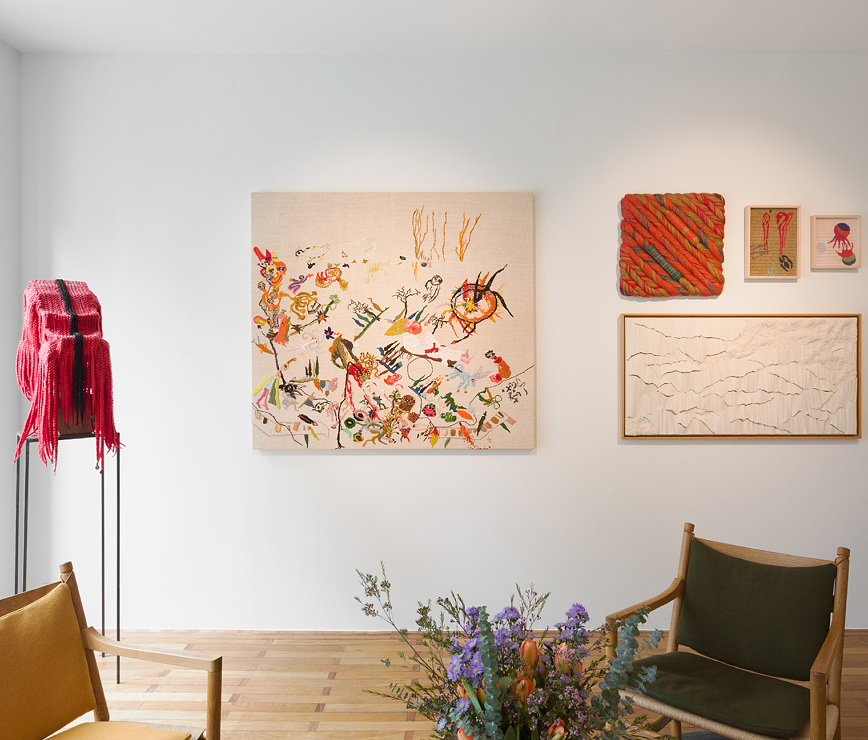 Nathalie Guiot, President of Fondation Thalie, is delighted to present Spring, a new display of her collection in Brussels.

Rebirth, buds and flowers, with this new display there is a desire to share the poetry and beauty of artwork that is usually shown in our homes.
This collection was started in 2008 and evokes “le sensible” around the question of know-how and gesture with regard to textile creations, which is a tribute to the legacy of Anni Albers, the worthy successor of the Bauhaus, who spent her entire career experimenting with weaving techniques as graphic paintings.
At the origin of these discoveries, there were often women who seduced me by their determination and the pictorial force of their works, as a simple black line reproduced obstinately a thousand times on a piece of paper.
A display to be experienced as a treasure hunt, with no other treasure than an open book, an intellectual investigation constantly renewed to awaken sensitivity and beauty.

First chapter, the effects of matter in the video space of the foundation, with works of Pieter Vermeersch, Elena Damiani, Flavio Favelli or Michel Blazy whose organic decompositions reveal the poetic possibilities of the passage of time…
In the library, the journey continues with “Textiles and Still Life” — the woodwork of the brothers Gert & Uwe Tobias —, or the work of Simone Pheulpin, in which thousands of needles form structured folds like waves on a frame, or even Pascal Monteil‘s embroidery as a poetic narrative.

The large exhibition space hosts a display imagined as a cabinet of curiosities, reflecting both “Photographic gestures and processes”, such as the confined spaces of Dirk Braeckman or the grain of a print driven to the extreme by Hiroshi Sugimoto, where we can see the rusty lock of an abandoned car wreck on a New Zealand beach; By the way, you will not see the beach, just the lock — a subliminal message from the artist to let us know that the industrial production based on petrochemicals will get the better of the human race… It’s also a question of having one’s portrait taken through Chantal Joffe, Malick Sidibé, Christian Hidaka, as an echo to the multiplicity of beings and cultures.
The theatrical beauty of an infinite game of hands, offered in a random and fragile way by a series of photographs caught live by the artist Anna Malagrida, is punctuated by the black and white self-portraits, full of solitude, of the American photograph Francesca Woodman, who passed away too young.

The triptych by the American artist Davide Balula, which uses burnt wood, evokes the notion of trace and imprint — what do we leave behind after our brief passage on Earth? — Life is a cigarette, David Bowie whispers. As for the Danish painter Eva Nielsen, she sets the flamboyant scene of an American desert, and silkscreens an architectural utopia, her artist’s DNA, a vision that is as pragmatic as it is audacious!
Could these be our bunkers of tomorrow?
Meanwhile, the Moderns laugh at us, with frivolity and humour, Le Corbusier reinterpreting the “Trois Grâces”, Picabia painting his socialites between two holidays, Dubuffet having fun with his guidouille, and if art did not exist, we would be like wandering souls…

Thus, collecting is part of a desire for an encounter with the artist, and continues with the birth of elective affinities, like a secret and joyful mutiny, a springtime that awakens!

To ensure your safety and respect the health conditions, we have implemented the following measures:

With the support of Fédération Wallonie-Bruxelles, Eeckman art & insurance and Maison Ruinart.