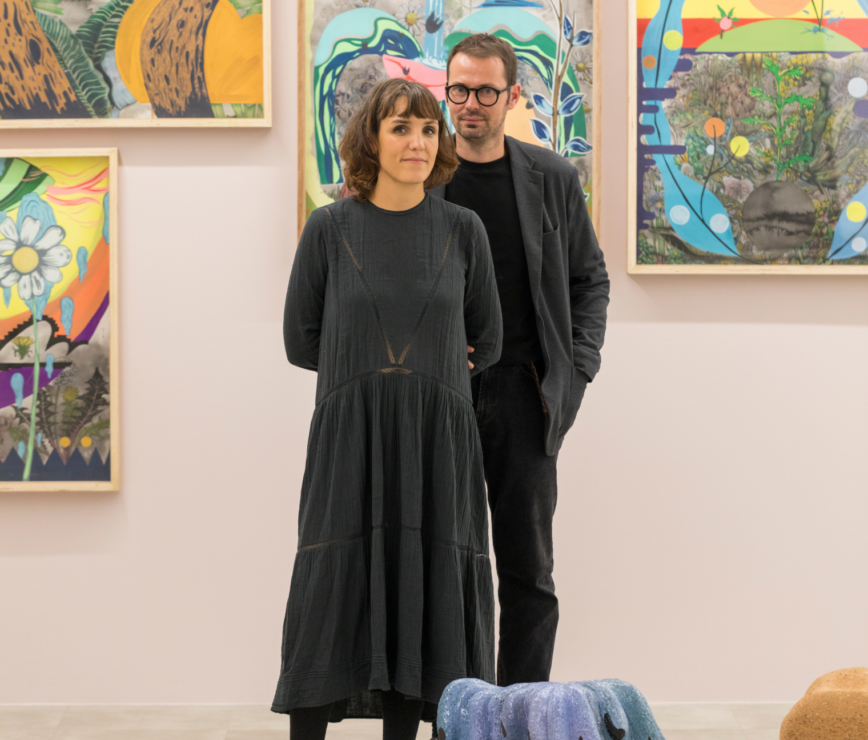 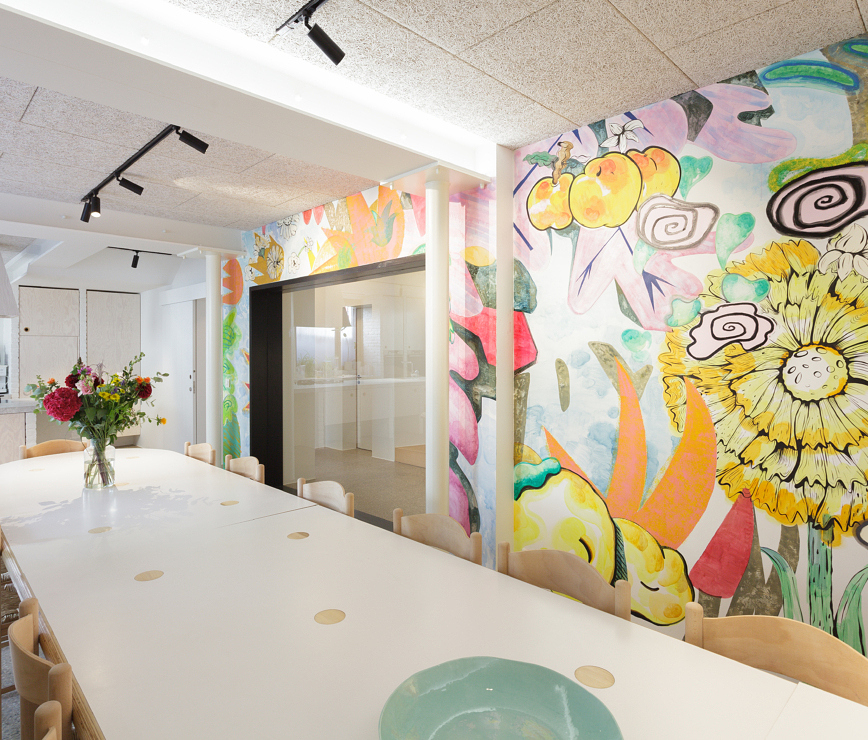 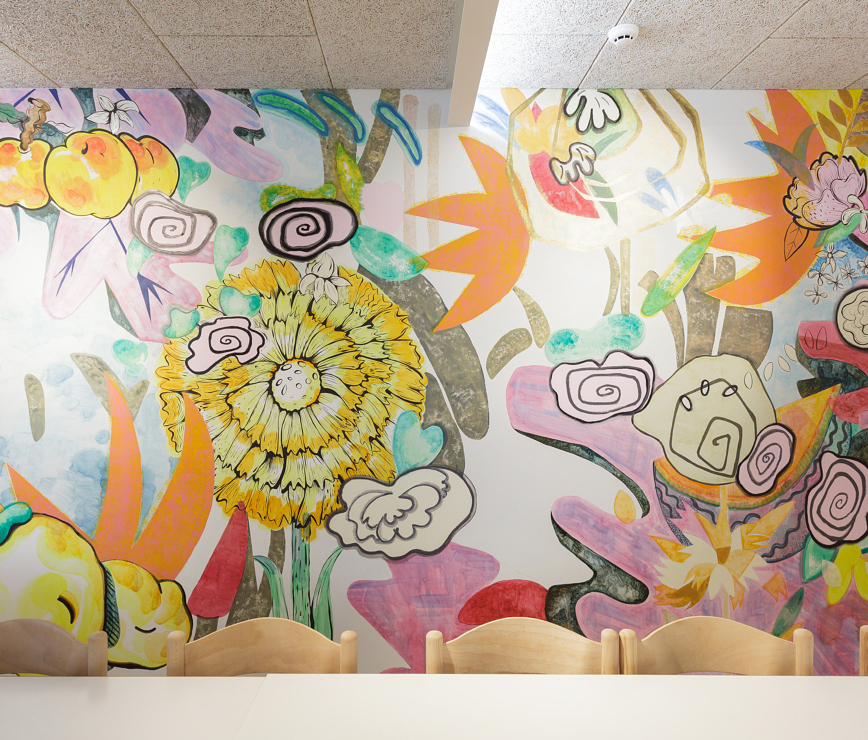 Since its opening, the Foundation has commissioned several works that integrate the house. After Lionel Estève, Valérie Mannaerts, Alex Cecchetti, the foundation invites the artists duo Florentine and Alexandre Lamarche-Ovize to create a mural in the kitchen-dining room of the Foundation.

Florentine and Alexandre propose, by taking up the motifs and themes of these three figures, to shed light on a form of heritage, focusing as much on their painting practices as on the militant feminist positions that inhabited them, and the incarnation of a discreet and effective seduction.

Florentine and Alexandre Lamarche-Ovize (1978 and 1980), live and work in Aubervilliers. Their practice mixes drawing and ceramics in the form of a visual language that reinvents and questions the academic subjects of art and its genres. Their work has been featured in numerous solo exhibitions including Frac Normandie Caen, 2020, the Drawing Lab in Paris in 2019, Galerie Lefebvre&fils, Paris, 2019, Galerie Aeroplastics, Brussels, 2018, galerie G-N Vallois, 2017. They are part of public collections such as the CNAP, Frac Pays de la Loire, Frac Midi-Pyrénées, at the Cité de la céramique in Sèvres, and in many art libraries. They will participate in the exhibition “Les Flammes” at the MAMVP Paris in October 2021.

Florentine and Alexandre Lamarche-Ovize are represented by Galerie Laurent Godin, Paris and Aeroplastics, Bruxelles.
As part of Art-On-Paper, they will also present a work on Laurent Godin’s booth.

In partnership with Brussels Drawing Week

Unveiling of the wall painting by Florentine and Alexandre Lamarche-Ovize