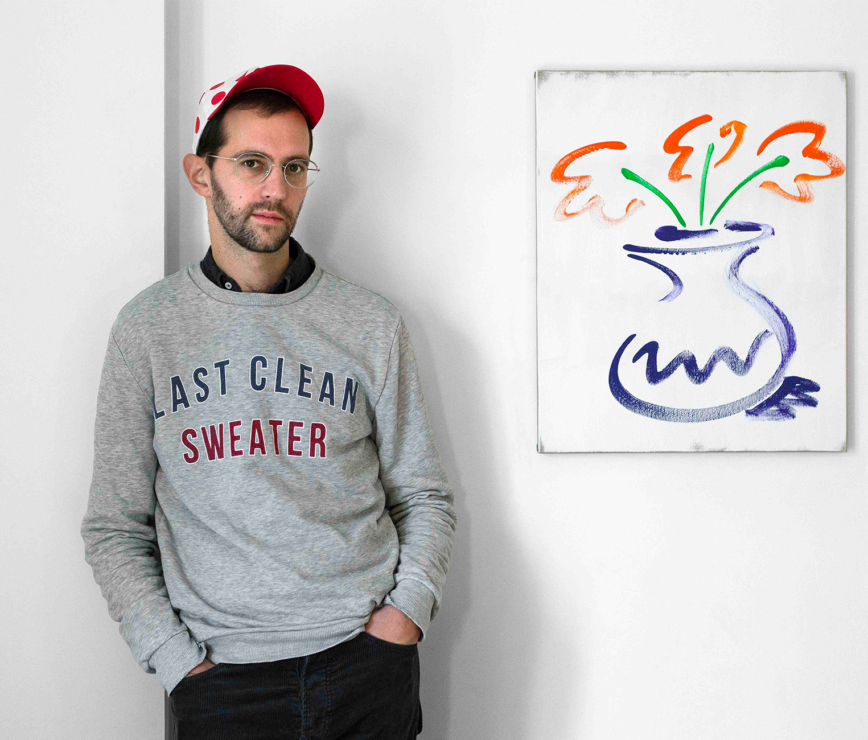 Hugo Pernet extends the project to write a manuscript on which he is currently working entitled Nicolas Poussin. Detaching itself from a book dedicated to painting, this manuscript is intended to be more descriptive, more impersonal, a mirror of the artist’s poems. Hugo Pernet’s main interest in poetry is also everything that painting cannot say or mean. From a social or political point of view, the only real commitment of his work lies in the refusal to let himself be defined by others, both in terms of style and expectations. For this artist, the individual constitutes a form of positive reticence to the normative power of the community.

Hugo Pernet (1983, Paris) is a visual artist and poet. He lives and works in Dijon. He has presented his work in numerous solo exhibitions, including the galleries Triple V and Semiose in Paris, Super Dakota in Brussels, Joy de Rouvre in Geneva, but also in major institutions such as the Mamco in Geneva (in 2015) or the Palais de Tokyo in Paris (in 2009). He has also participated in various group shows, at the Villa Médicis in Rome, the Villa Arson in Nice, the Magasin in Grenoble, the Musée d’Art Moderne de la Ville de Paris, the Musée d’Art Contemporain in Lyon, in Arts Centers such as La Galerie in Noisy-le-Sec or La Salle de Bains in Lyon, as well as in independent spaces.

His work is part of several public and private collections. He is represented by the Super Dakota Gallery in Brussels and Joy de Rouvre Gallery in Geneva. He has also published several books of poetry with Fissile, Série Discrète and Vanloo editions.

Joël Riff, guest curator for the 2021 residency will be guiding laureates over the course of working sessions.