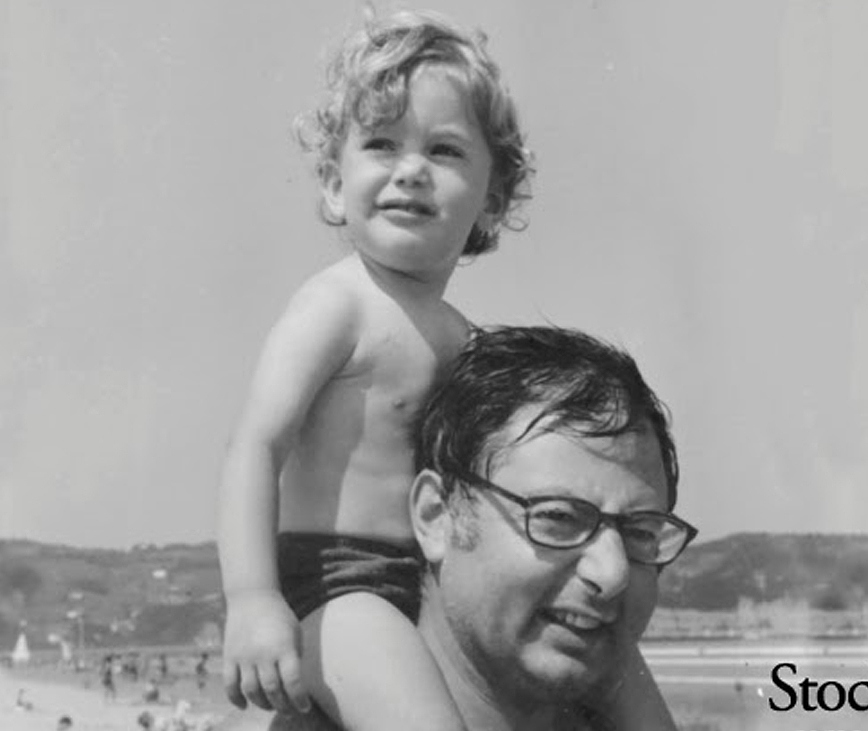 Literary encounter with Colombe Schneck about her last novel Les guerres de mon père (The wars of my father), published in January 2018.

« Less than thirty years after his death, when I evoke my father, even briefly, in front of those how knew him, they always smile. A grateful smile reflecting the generosity he used to offer the world. He always repeated us that we should only leave good memories. He also used to say we should not talk about sensitive issues.

Seeing him live, one can only guess that until the age of 30 he went through several wars: the Second World War, the tragic death of his father, the Algerian War. During three years, I investigated, and I discover what he was hiding, the violence, the exile, the destructions and even the shame. I understood that his way of being was a state of survival and resistance.

When I look at this picture on the book cover – me at the age of two, on the shoulders of my father, I see the arrogance of my child gaze. I was the most cherish and admired girl in the world. After his death, at the end of the adolescence, I found myself in a state of profound loneliness. No other man will love me like my father did.

While I was writing, trying to find my words to understand what my father was running away from, I also learnt that I could be loved again. »

The “bibliothèque idéale” by COLOMBE SCHNECK