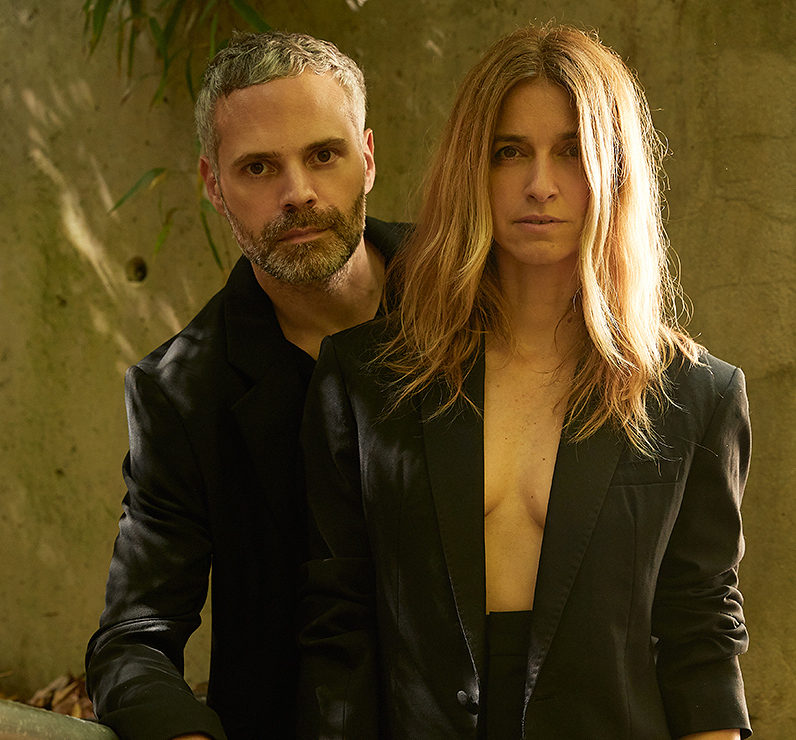 Story of a mad love, which is gradually giving way to tenderness, the correspondence of Anaïs Nin and Henry Miller expresses the constant kindness which will animate the relationship between these two exceptional writers. Letter after letter, we follow the evolution of their relationships over the years while attending fascinating exchanges on the future of their work and the meaning of writing. Two exceptional characters, without complacency towards each other, united in an essential crime, physical, material and literary. Friday, January 24 at the Thalie Foundation, an evening devoted to the year 1932 which will be followed by two other sections on Sunday January 26: 1934.

This reading was supported by the Fondation La Poste and the Maison des Arts in Brioux-sur-Boutonne.

Joana Preiss is an actress in theater and cinema, singer, performer and director. In 1993, she played in Pascal Rambert’s shows for ten years. In the cinema, she acted in the films of Christophe Honoré, Olivier Assayas, Antoine Barraud, Pia Marais etc. She has also collaborated with artists such as Nan Goldin, Ugo Rondinone and Céleste Boursier Mougenot. After studying classical singing, in 1998 she founded the experimental duo White Tahina. For several years, she has created unique singing performances, interacting with works of art or with musicians in places such as the Kamel Mennour Gallery, the Cartier Foundation, the Louis Vuitton Cultural Center, the Silencio etc. She recently sang in “Courage” directed by Jeremy Demester at Center Pompidou in Metz. The first film she made, Siberia, was presented in international competition at the FID in Marseille in 2011 before being released in 2012. Her short film Silent Asylum was presented at the Directors’ Fortnight in Cannes in 2013 then in numerous festivals and Lands close to Paterson has just been shown at the Anthology Film Archives in NYC at the invitation of Marie Losier. She has recently appeared in movies in Tonino De Bernardi, Vincent Dieutre, Jonathan Millet, Julia Ducournau, then Emilio R. Barrachina, at the theater in The Moon directed by MaisonDahlbonnema and currently in The Lady with Camellias directed by Arthur Nauzyciel.

Born in 1978, Olivier Martinaud graduated from Conservatoire national supérieur d’art dramatique in 2004. In 2008, he directed Imbécile, a musical comedy by Olivier Libaux. He creates the company “garçon pressé ” and directs in German Erich von Stroheimde Christophe Pellet in Berlin in 2009. He creates the literary prices of Thomas Bernhard at La Loge in 2012. With Nils Haarmann, he translates from German three pieces by Nis-Momme Stockmann, including Les Inquiets et les brutes, which he directed at the Lucernaire in 2015. Since 2004, he has recorded over a hundred texts for the programs and fictions of France Culture and France Inter. He also recorded voices for Arte, Center Pompidou and several audio books. He is regularly invited to play, perform or read texts in various literary and artistic events and festivals such as le Marathon des mots and Actoral. At the theater, he is doing scenography of Bruit du monde by Stéphanie Chaillou and Aphrodisia by Christophe Pellet. In cinema, he plays the main role in the next film by Vincent Dietschy, Notre histoire (2019).