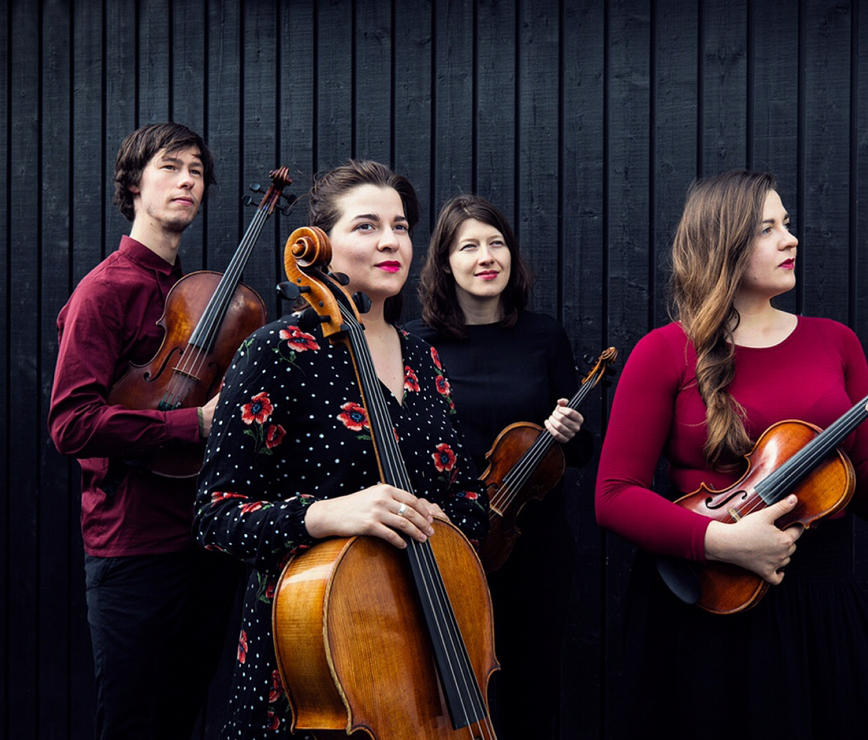 Karski quartet was founded in 2018 by violinists Kaja Nowak and Natalia Kotarba, violinist and violist Diede Verpoest and cellist Julia Kotarba. Having played with one another in many different combinations, the four met as a quartet during the 2018 Resonances Festival Academy, where they were coached by Elisabeth Kufferath and Philippe Graffin, and again at the Rencontres Internationales Musicales d’Enghien, where they participated in masterclasses with Amy Norrington and David Waterman. Soon after they went on to take part in their first competition as a string quartet, the 4th International Music Competition Triomphe de l’Art in Brussels, where they were awarded the Grand Prix as well as the Special Prize for the alumni of the Royal Conservatory in Brussels. From January until June 2019 they will be joining the String Quartet Studio at the Royal Northern College of Music in Manchester, working closely with violinist Donald Grant (Elias Quartet) and members of the RNCM’s Chamber Music faculty.

Based in Brussels, their concert engagements since the inception of the quartet have brought them to Belgian venues as well as concert series and chamber music festivals in France, the Netherlands and the UK.

Karski Quartet takes its name from Jan Karski, the legendary World War II resistance-movement figure. Commited as he was to showing others the dramatic truth about the war, the Karski Quartet members strongly believe that every era needs heroes like him. Amid the serious difficulties which the whole human population is facing now, they find Karski’s profound compassion and uncompromising attitude an example to be emulated in art as well as in life.

In partnership with the non-profit association MGConcerts